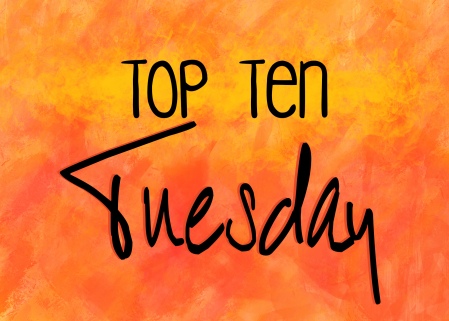 I am an absolute fangirl over unique magic in stories. Here are some of the books whose magical worlds have stuck with me–and that I would do anything to be a part of. Some of them are fantasy, others are paranormal.

1. The setting of the Mistborn trilogy by Brandon Sanderson

When the series starts out, you think you are in for a simple, if unique, fantasy element. Something to do with metal, with a side of telekinesis. By the end of the trilogy, Sanderson has created the most complex magical world I have ever read. I might want to be a Mistborn more than I want to be a Hogwarts student (*gasp*).

2. The Realms in the Gemma Doyle trilogy by Libba Bray

Again, the realms start out peaceful and kind of fairytale, but by the end of the trilogy they are down right creepy. I love the magic of them, the mythic elements, and the play of good-verses-evil Bray portrayed with her magical world.

3. Hogwarts in the Harry Potter series by JK Rowling

This is a given, of course. Who doesn’t want to be a Hogwarts student? I played Hogwarts inspired games all through elementary school and had the time of my life. The only thing better? For the spells to actually work. I am a lazy person, so Accio is basically my dream spell.

4. The Circus in The Night Circus by Erin Morgenstern

The circus is amazing. Absolutely unique. It is childhood whims brought to life. The tent with the jars in it (I think it is Bailey’s but it might be his sister’s) is probably my favorite, but every tent Morgenstern introduced took my breath away. If the circus was real, I’d probably never leave.

5. The Seven Kingdoms in Graceling and Bitterblue by Kristen Cashore

Though these books are distinctly dark and creepy, the world they are set in actually seems really cool. The idea of being a Graceling (minus the forced servitude to a king) is unique and would be fun.

6. Beyond the Seven Kingdoms in Fire by Kristen Cashore

In this world, there are monster versions of every animal which are bloodthirsty and dangerous. Still, the idea of a monster kitten is just too cute, and monster raptors seem really pretty (as long as I was safe in a house so they couldn’t eat me).

7. Coldtown in The Coldest Girl in Coldtown by Holly Black

I loved Black’s take on vampires and the Coldtown was just creepy enough to work with the paranormal vibe. It felt believable in this era of reality TV and the character conflicts it created really worked.

8. Cabeswater in The Raven Cycle by Maggie Stiefvater

I love the vaguely fairytale feeling of this place. Though it isn’t the main setting of the book, the scenes spent in these woods were some of my favorites, exemplifying the mythic feeling of the Raven Cycle.

9. Arras in Crewel by Gennifer Albin

I didn’t love the book itself, but the premise of being able to literally weave reality struck me as amazingly unique and creative.

10. Hex Hall in the Hex Hall trilogy by Rachel Hawkins

It isn’t terribly original, but it captured the awkward boarding school dynamic perfectly, and I loved it.