I went to Comic Con in San Diego for the first time yesterday.

It was sooooooo freaking awesome!!!! There aren’t words.

So many people. So many cosplays. So much amazing art. So many geeky t-shirts. My life is complete.

(I didn’t get to see any panels, which was the only downside. I’m crossing my fingers for next year.)

I don’t like posting stuff just about my life…but I can tie this into this blog! 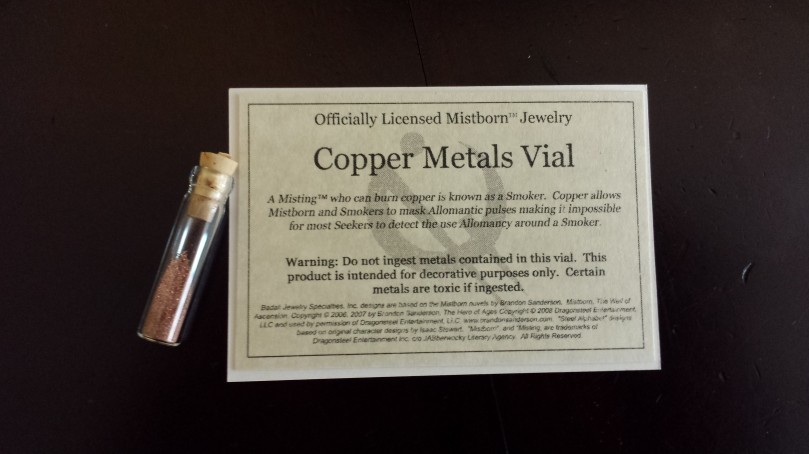 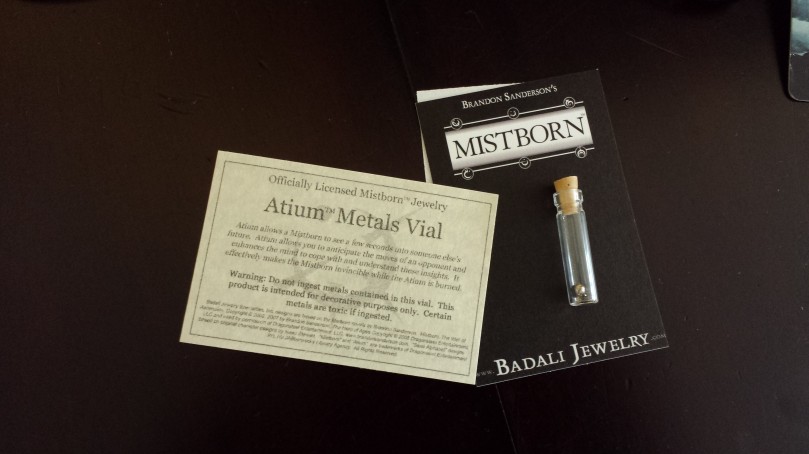 Okay, so it’s really only funny if you’ve read the series. But now my sister and I have our own metal vials, of Copper and Atium. So, yay!

Also, check out the warning in the middle of the label. In the series, the characters have to swallow the metals to use them, so the package has not one, but two warnings not to ingest them. The guy who sold it to me also warned me about it.

Thanks guys. Because I was really going to down some copper dust in my spare time, just to see if I was a Misting. Right.

I also found a really cool Edgar Allan Poe t-shirt. He’s one of my favorite authors ever, and this design is just awesome. 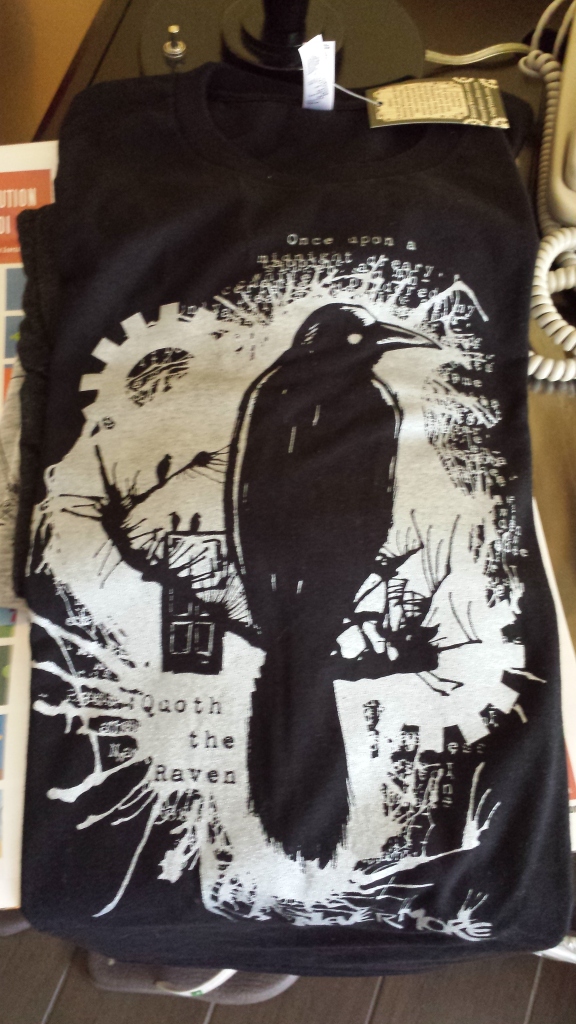 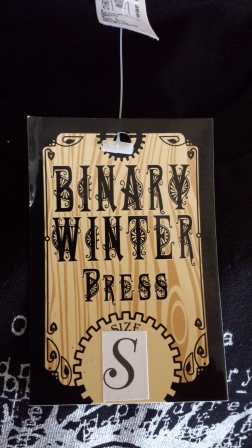 Of course, I bought way more than those two things. But those are the only two items that tie in to the literary theme of this blog.

What about you guys? Did any of you go to Comic Con this year? Have you gone a year in the past? Do you want to go in the future?

2 thoughts on “Comic Con–Land of the Geeks, AKA My New Home”