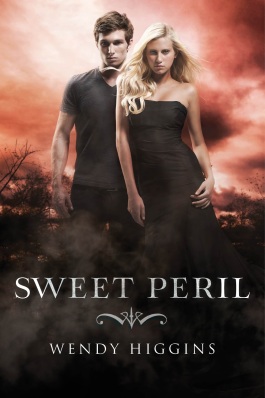 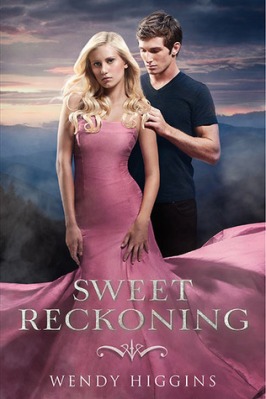 I read the entire series in the space of three days. They read quickly, and their plots are addicting. I enjoyed the series, I really did. Something about the books makes them hard to put down. The story is good; it’s a fun read as long as you aren’t looking for a work of literary genius.

I was rereading books one and two, and then finishing the trilogy with book three. I read them quickly and they’re all blurring together, so this review will handle all three together. I’ll avoid spoilers. Promise.

The amazon description of book one, Sweet Evil:

What if there were teens whose lives literally depended on being bad influences?
This is the reality for sons and daughters of fallen angels.
Tenderhearted Southern girl Anna Whitt was born with the sixth sense to see and feel emotions of other people. She’s aware of a struggle within herself, an inexplicable pull toward danger, but it isn’t until she turns sixteen and meets the alluring Kaidan Rowe that she discovers her terrifying heritage and her willpower is put to the test. He’s the boy your daddy warned you about. If only someone had warned Anna.
Forced to face her destiny, will Anna embrace her halo or her horns?

It’s an interesting premise. I’m actually a fan of paranormal romance, so I was open to the idea of this one.

The story isn’t classic paranormal however. In spite of how many authors use angels/demons/heaven/hell in their plots while shucking off most actual religious meaning, Higgins’s story has strong Christian themes. The main character, Anna, is deeply religious, something that separates her from the rest of the characters and is crucial to her successes. Religious values hold major influences over the plot.

It’s an interesting development in the world of paranormal romance. Wendy Higgins did her job well; she crafted a religious character who primarily uses her faith to persevere through life’s and hell’s challenges. It got annoying at times, sure, but that can happen with any character who is so deeply motivated by an ideal–whether it is the goal of saving her eternal soul or her best friend’s life or planting the seeds of democracy. Characters who answer every question with the same answer can be tedious, but powerful.

The piety of the book is countered by Anna’s romance with Kyle. Their relationship is intense from the first moment. Definitely some of the most sexual scenes I’ve read–nothing totally graphic, but it pushes the boundary at points. They’re done pretty well. It’s just weird to have Christianity and lust both so prominent in one series. I’m not sure exactly what point Higgins was trying to make, besides some passive aggressive wait-until-marriage advice. And since I’m not in school for another two weeks, you can’t make me examine the author’s intended message any deeper than that.

The characterization is weak. The characters are fun but not unique. Worse than being one-dimensional, they are that badly done combination of “everyone thinks they are x” but really “x is covering up a deep secret: he is the opposite of x.” That’s a bit harsh, but it’s frustrating how much better the story could have been with more of an effort placed on characterization.

Plot wise, there isn’t much. A few big scenes, where the good vs. evil conflict plays out. Otherwise, the story is driven by the romance. That’s okay by me. When I first bought the book, I didn’t have any belief it would be heavy on the plot. Even knowing the third book would bring the brewing conflicts to a head, I knew romance was the point of the series, and would dominate the finale.

If you want to read romance, this is a good series to pick up. A hot guy, goody-two-shoes girl, make-out scenes, drama, love, moral and paranormal complications, etc. After reading the Mistborn series, I wanted something that wouldn’t be of the heart-wrenching plot variety. This series did not disappoint. The books are worth reading if you’re in the mood for that. Go for it.

Oooh! One last thing. I hate the covers. Seriously? You have angels and demons on earth and you go for a pretty girl (whose hair DOES NOT MATCH the main character’s) on the cover with a hot brunette? That’s it?

You know why I didn’t expect more than romance from the series? The stupid covers.