In spite of the expression’s metaphorical accuracies, “Don’t judge a book by its cover” has always struck me as bad advice taken literally. My first impression of a book is its cover and title, and authors and publishers should work as hard as they can to make these two both appealing and accurate. I don’t want to pick up a book that they’re selling as a paranormal romance only to find out that it is middle grade fantasy. I don’t want to skip over an incredible book because its cover and title were so lackluster I didn’t notice them on the shelf.

Here I’d like to give a shout out to some of the best titles and covers I’ve come across. (Basically, I’m out of post ideas, and judging other people is always fun.)

All books are judged on accuracy and intrigue of titles and covers. Synopses given are Amazon’s.

All of these books are REALLY good. I would recommend all of them. (I may have already for some of them.) Follow the links in the titles to buy them on amazon.

The Knife of Never Letting Go 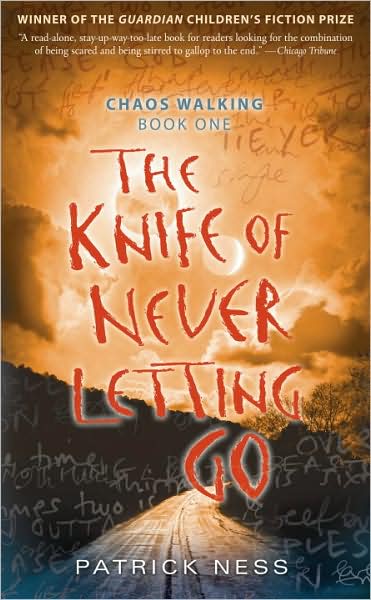 Todd Hewitt is the only boy in a town of men. Ever since the settlers were infected with the Noise germ, Todd can hear everything the men think, and they hear everything he thinks. Todd is just a month away from becoming a man, but in the midst of the cacophony, he knows that the town is hiding something from him — something so awful Todd is forced to flee with only his dog, whose simple, loyal voice he hears too. With hostile men from the town in pursuit, the two stumble upon a strange and eerily silent creature: a girl. Who is she? Why wasn’t she killed by the germ like all the females on New World? Propelled by Todd’s gritty narration, readers are in for a white-knuckle journey in which a boy on the cusp of manhood must unlearn everything he knows in order to figure out who he truly is.

My note: This title, on top of being memorable and intriguing, is actually very relevant to the novel, and ties into some of the largest reveals of the series. While the cover appears plain, the scrawled words encroaching on the image are tied in throughout the novel, one of my favorite little tidbits the author/publisher through in to make the story come alive.

The Vigilante Poets of Selwyn Academy 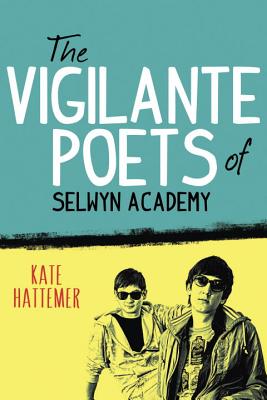 Witty, sarcastic Ethan and his three friends decide to take down the reality TV show, For Art’s Sake,that is being filmed at their high school, the esteemed Selwyn Arts Academy, where each student is more talented than the next. While studying Ezra Pound in English class, the friends are inspired to write a vigilante long poem and distribute it to the student body, detailing the evils of For Art’s Sake.But then Luke—the creative force behind the poem and leader of the anti-show movement—becomes a contestant on the nefarious show. It’s up to Ethan, his two remaining best friends, and a heroic gerbil named Baconnaise to save their school. Along the way, they’ll discover a web of secrets and corruption involving the principal, vice principal, and even their favorite teacher.

My note: I absolutely loved this book. The cover is simple but captures the aesthetic of the book–a major focus on high school life. The title is fun and accurate. 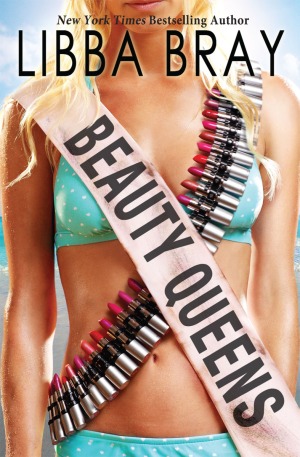 The fifty contestants in the Miss Teen Dream Pageant thought this was going to be a fun trip to the beach, where they could parade in their state-appropriate costumes and compete in front of the cameras. But sadly, their airplane had another idea, crashing on a desert island and leaving the survivors stranded with little food, little water, and practically no eyeliner.
What’s a beauty queen to do? Continue to practice for the talent portion of the program – or wrestle snakes to the ground? Get a perfect tan – or learn to run wild? And what should happen when the sexy pirates show up?

My note: I know the above description sounds horrible, but this book is awesome. It’s girl power and anti-bigotry, done really well. If you haven’t read any of Libba Bray, you should. This one is my favorite of hers. 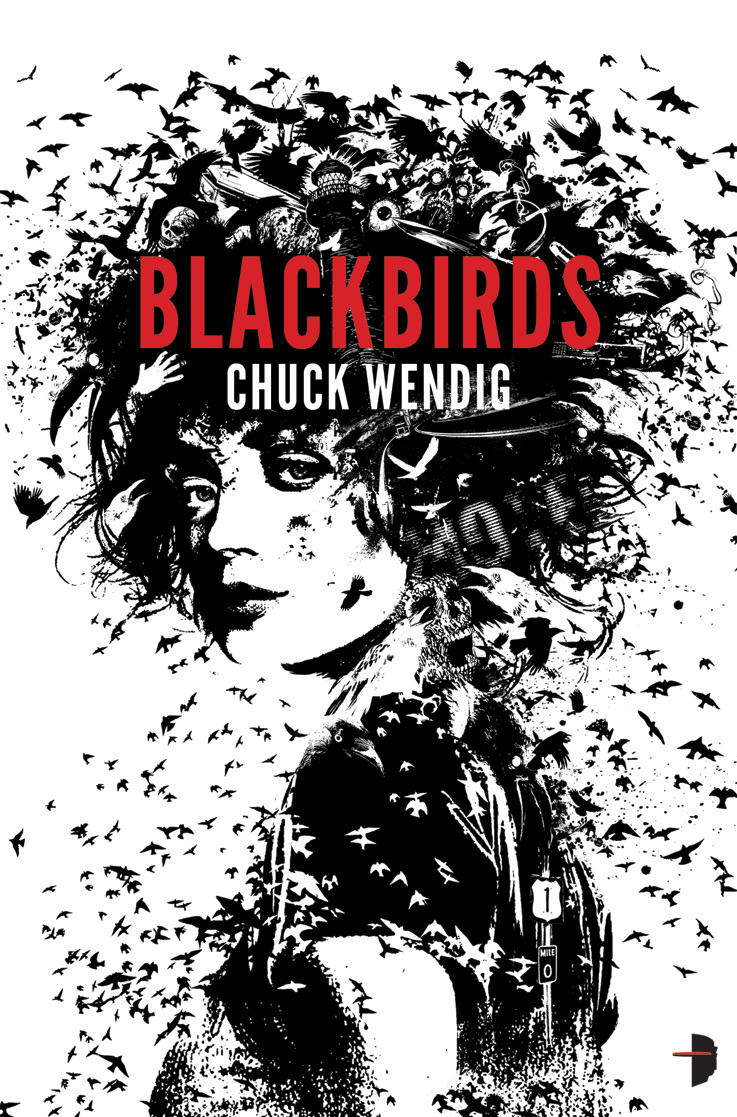 Miriam Black knows when you will die.

Still in her early twenties, she’s foreseen hundreds of car crashes, heart attacks, strokes, suicides, and slow deaths by cancer. But when Miriam hitches a ride with truck driver Louis Darling and shakes his hand, she sees that in thirty days Louis will be gruesomely murdered while he calls her name.

Miriam has given up trying to save people; that only makes their deaths happen. But Louis will die because he met her, and she will be the next victim. No matter what she does she can’t save Louis. But if she wants to stay alive, she’ll have to try.

My note: This cover looks kinda plain on first inspection. IT IS NOT.  After reading the novel, you should look back at the cover and appreciate just how much work the cover designer went to. Chuck Wendig even gave him an entire paragraph in the acknowledgements, thanking him for his great job. 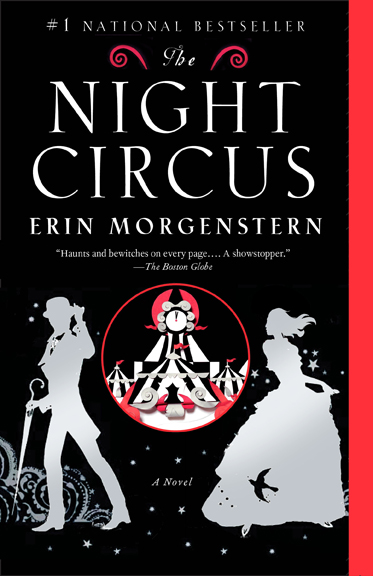 The circus arrives without warning. No announcements precede it. It is simply there, when yesterday it was not. Within the black-and-white striped canvas tents is an utterly unique experience full of breathtaking amazements. It is called Le Cirque des Rêves, and it is only open at night.

But behind the scenes, a fierce competition is underway: a duel between two young magicians, Celia and Marco, who have been trained since childhood expressly for this purpose by their mercurial instructors. Unbeknownst to them both, this is a game in which only one can be left standing. Despite the high stakes, Celia and Marco soon tumble headfirst into love, setting off a domino effect of dangerous consequences, and leaving the lives of everyone, from the performers to the patrons, hanging in the balance.

My note: I can’t even say anything about this book. It is incredible. So worth reading, and the cover really captures the feeling of the book. 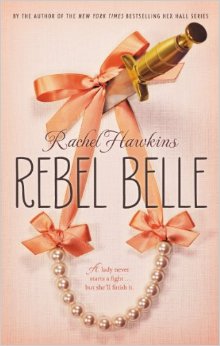 Harper Price, peerless Southern belle, was born ready for a Homecoming tiara. But after a strange run-in at the dance imbues her with incredible abilities, Harper’s destiny takes a turn for the seriously weird. She becomes a Paladin, one of an ancient line of guardians with agility, super strength and lethal fighting instincts.
Just when life can’t get any more disastrously crazy, Harper finds out who she’s charged to protect: David Stark, school reporter, subject of a mysterious prophecy and possibly Harper’s least favorite person. But things get complicated when Harper starts falling for him–and discovers that David’s own fate could very well be to destroy Earth.
My note: (I already reviewed this book.) The cover is not necessarily directly accurate to the novel, but it does encompass certain themes and elements of the story.
What covers do you love? Feel free to tell me about them in the comments.

One thought on “Judging Books By Their Covers”