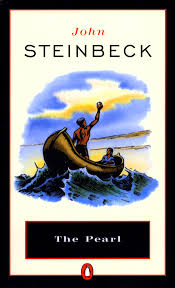 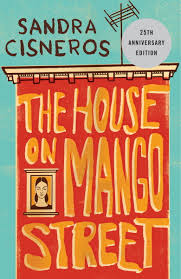 You’ve probably noticed that I don’t read many “classics.” I’d like to say that this isn’t true…I could probably come up with some excuse that makes me seem like more than a teenager who can’t be troubled to read something from before 2000. But the truth is this: I like reading YA. I like reading about confident young women (and men) going on adventures and falling in love. Older works often frustrate me when the female characters are portrayed as weak and male-dominated. I’m not saying this is every classic out there, but there are definitely some common denominators. And I also know that this isn’t really anyone’s fault–it was simply the mindset of the period. But JK Rowling came along and opened the door for a new type of story, one where teens can go on adventures and be strong and have characters. And I figure reading is done in my spare time, so I might as well read what I want to read. So there.

But I’m also a freshman in high school which means–ENGLISH CLASS. I actually enjoy this class, and will probably have some posts coming out about it soon. But for now I thought it would be interesting to review the books I’ve read this year: The Pearl by John Steinbeck, The House on Mango Street by Sandra Cisneros, The Metamorphosis by Franz Kafka, Jane Eyre by Charlotte Bronte, and Romeo and Juliet by Shakespeare.

1) The Pearl by John Steinbeck

I’ll be honest. I hated it. I’ve never liked stories set on islands following fishermen, et cetera. Too much imagery, not enough plot. It probably didn’t help that I had to painstakingly annotate (the hell out of) it. Glad it’s over. Sorry to Steinbeck fans.

2) The House on Mango Street by Sandra Cisneros

The next to sentences are only going to reinforce the feeling that I’m a cliche teen who hates classics: 1) This book isn’t really a classic, it was written recently. 2) And I really liked it. Whatever. It is a series of vignettes about a young girl growing up in a low income area. Good voice. Emotional. Easy to annotate, which helped.

3) The Metamorphosis by Franz Kafka

I’m not even going to apologize for not liking this one. A guy turns into a bug for sixty pages. And basically does nothing besides delude himself into thinking he’s not a bug and scaring the hell out of his family. Not my cup of tea.

I liked this one. The romance was okay. Rochester swayed between being horrifyingly annoying and devastatingly attractive. Jane was at once both annoyingly docile and uniquely strong. Good plot. Interesting characters.

5) Romeo and Juliet by William Shakespeare

My first Shakespeare! It was an enjoyable read. Soooo well written. Plot needed time to develop. Would have been better as a novel but that’s just me. It was a cute story with a tragic, yet well known end. Gloriously easy to annotate. Overall, fun.

So there. I’ve read classics.